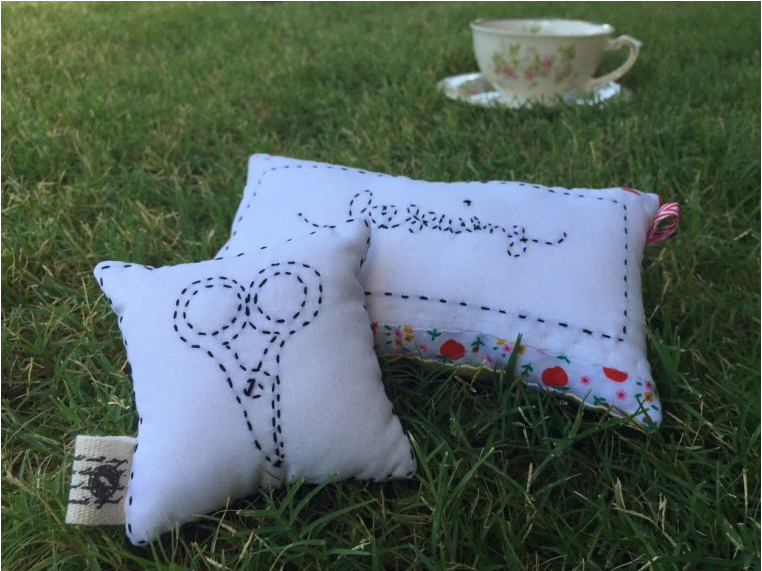 Just look at this hand stitched goodness! For those of you a bit intimidated by sewing illustration on your sewing machine, (but you shouldn’t be! Have you been following the tour and all the confessions that people were nervous–but it turns out that it was WAY more fun and easier than they ever thought?!) every design in Sew Illustrated is perfect for hand embroidery as well! Just look at those sweet pincushions! But Veronica got over her nervousness about trying the designs on her machine.Pop on over to her blog to see how the story ends.

And don’t forget to comment on her post for a chance to win a copy of the book!

August 18: Sedef at Down Grapevine Lane

August 19: Lisa at A Spoonful of Sugar

August 26: Melissa at Oh, how sweet

August 27: Jemima at Tied with a Ribbon

August 31: Kristyne at pretty by hand

September 2: Jennie at Clover and Violet

September 4: Minki at Minki’s Work Table and Kristin at They Grow Up Too Fast

Well, that was fun! I hope that you have been following along with the Sew Illustrated blog tour. I am in complete awe and amazement at the beautiful projects that were created over the last couple of weeks. Though really I shouldn’t be surprised–this is such […]

Your precious handmades. Do you use them?

It all started with this coaster. I was having coffee with my friend Minki the other day and as always, we talking about sewing and the things we love to make. Then she said the nicest thing to me. “I learned from you to actually […]