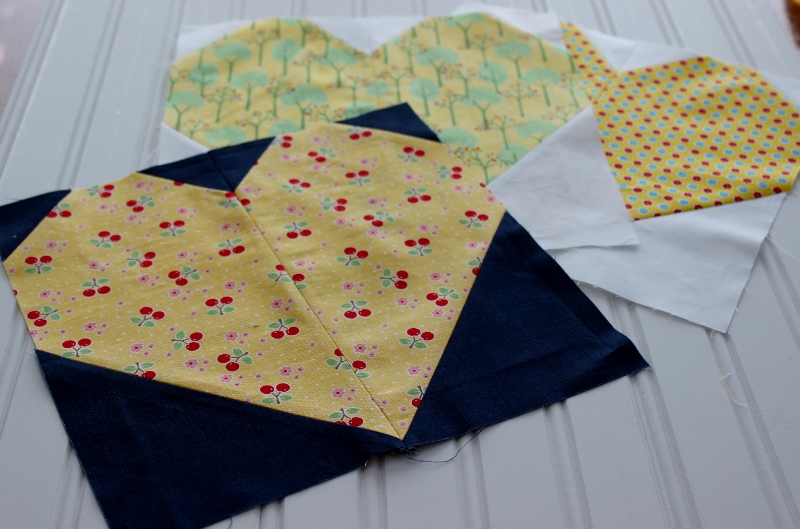 I’ve been a bit between quilting projects lately. Actually, I’m very impatiently awaiting a fabric delivery, but the UPS truck seems to have lost its way. So when I saw that HollyAnne of String and Story was making and collecting charity blocks for Smiley for Kylie, it seemed a perfect opportunity to rifle through my stash and spend a fun evening or two sewing up some blocks for a good cause. And, as a cancer survivor myself—I know what a handmade blanket means for a person during chemo. I actually took a knitted blanket that my sister-in-law had made for my then 2-year old son to my chemo treatments. I felt both wrapped in love and reminded of what I was fighting for at the same time. 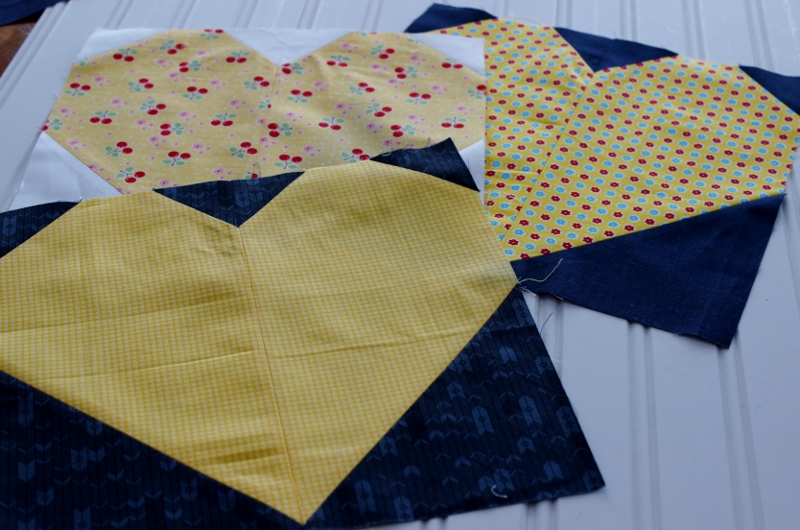 The heart blocks are supposed to be yellow, navy, and or white, 10” blocks using the Cluck Cluck Sew pattern (there is also a tutorial). It turns out that I have very little yellow and virtually no navy blue in my stash—but I pulled out what I had and was able to sew up a quick six blocks. It was totally fun sewing and I enjoyed every minute of it. And I was able to pop them in the mail to HollyAnne the next day. But then what?

As it turns out, if you use the construction technique that Cluck Cluck Sew recommends, you can simply sew one extra seam and end up with some spare, rather large half square triangles. I learned this trick when I made my Swoon quilt several years ago (and I have yet to do anything with that bag of HSTs, but let’s not talk about that). Determined not to let these HSTs suffer the same, stuck in a baggie fate, and since staring out the window was not making the UPS guy appear with my fabric order—I started to play around with the leftover HSTs. 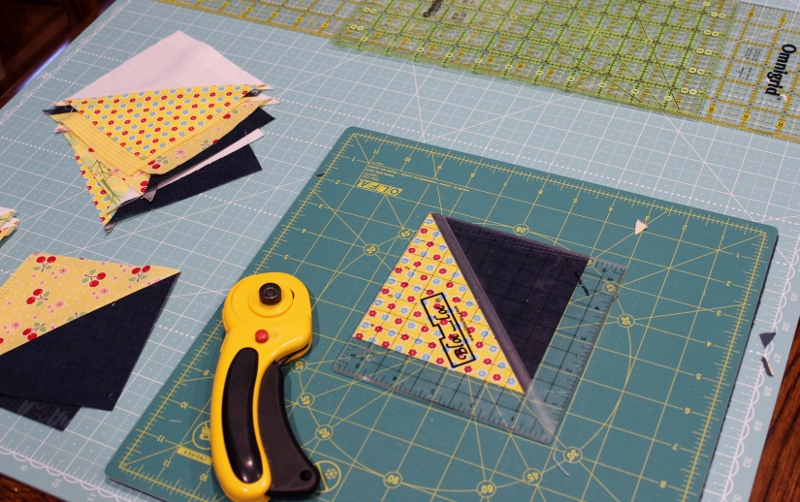 I tried many layouts and landed on one that looks like flying geese, but it’s not. It’s HSTs–I swear.

I decided to turn these “free” blocks into a quilting practice piece and ultimately a dish drying mat. We hand wash a lot of dishes in this house and you can never have too many dish mats. And since most of mine are ratty 10-year old towels, this was a definite improvement. Except that it’s a little small. I guess I should have made twelve charity blocks instead. Next time.

I used some leftover Warm and Natural batting and terrycloth for the backing. Then I pulled out Walk by Jacquie Gering, a Christmas gift that I was excited to put to use. It was a tough choice, but I decided on organic waves for the quilting. The book is filled with fun designs–I’m looking forward to exploring it more. 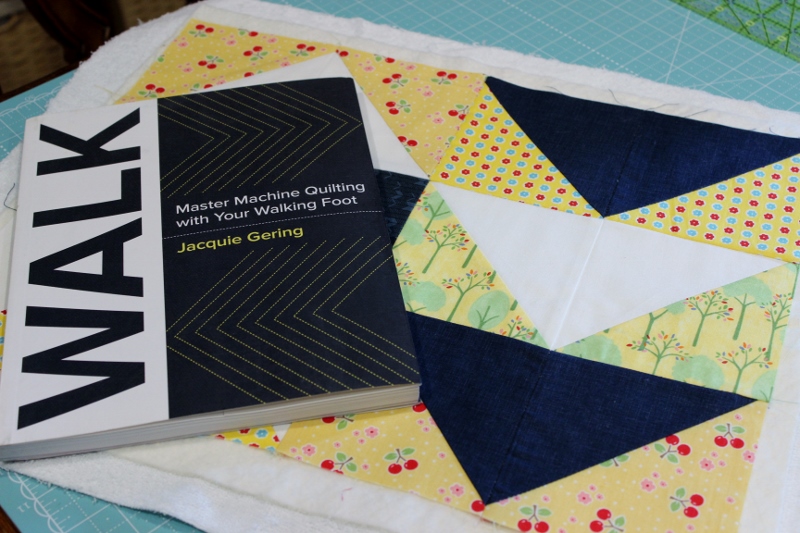 I don’t think I’ve ever had so much fun quilting. I make no bones about the fact that my happy place is piecing—not quilting. But I’m trying to make friends with quilting. This motif is so fun and easy and I love the results! I can’t wait to try this design out on a full quilt; I can totally picture relaxing and getting into the zen of it, instead of my shoulders all tensed up to my ears, which is my usual quilting posture. 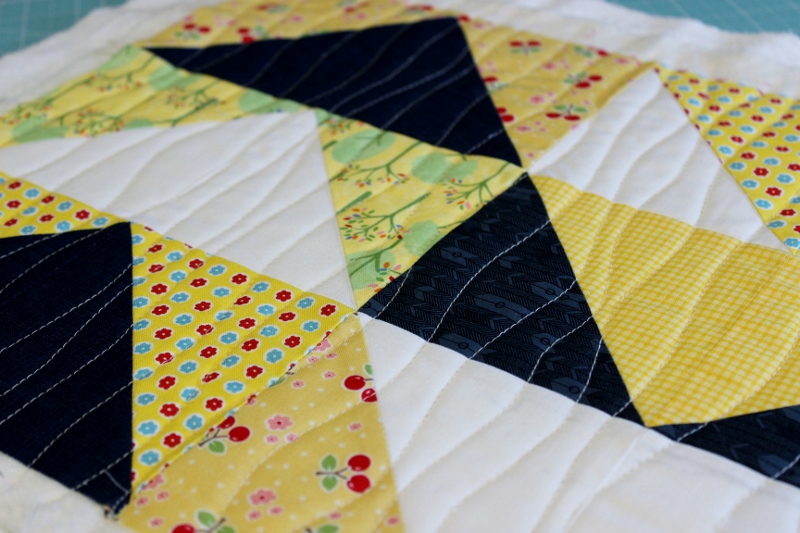 I have recently begun experimenting with leaving 1/4″ of batting when I trim up a quilt. It results in a nice plump, filled binding. 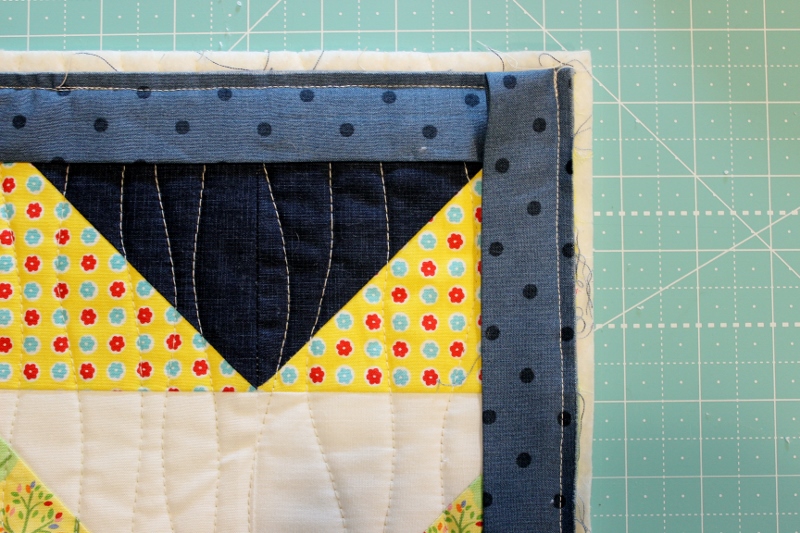 So that’s it—the tale of some charity blocks scraps that made their way into our kitchen to live out their useful life. As it should be. 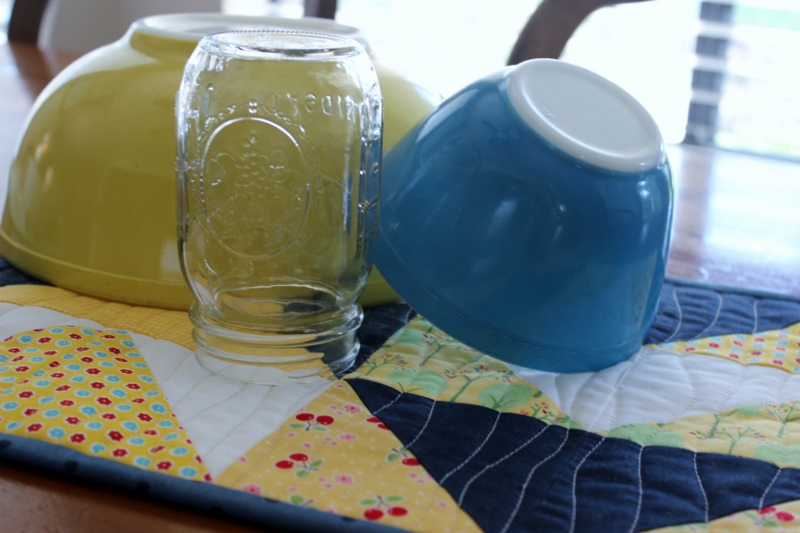 Now, where is that UPS guy? 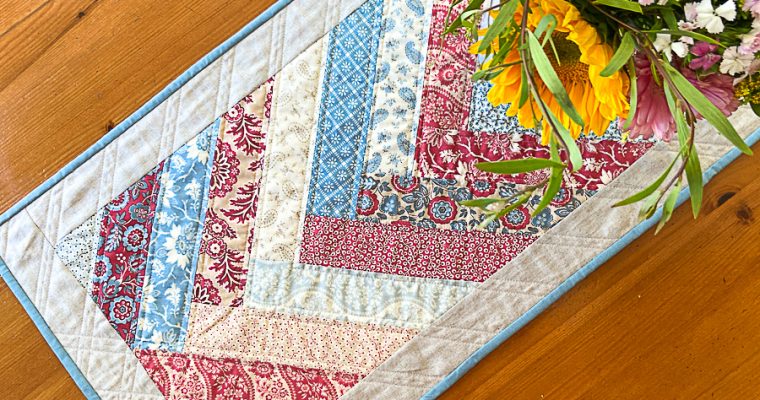 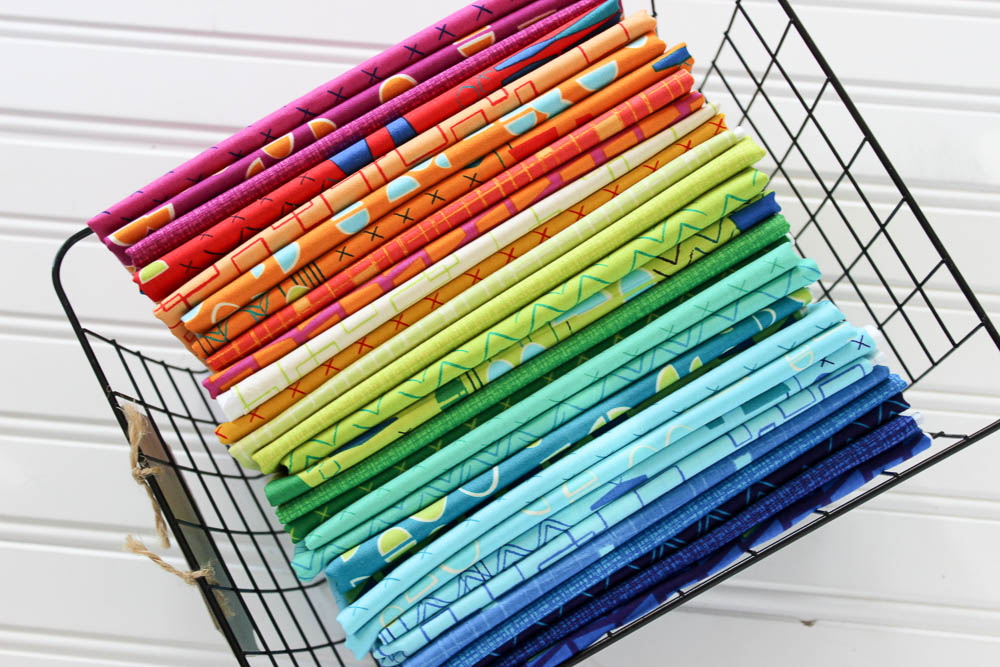